The Sydney Golf Academy at Moore Park Golf is Sydney’s ultimate golfing complex for learning and developing your golf game, whilst having a fun and enjoyable experience.

Our mission is to reignite golf participation levels in Sydney, by introducing the game in a fun, relaxed and enjoyable learning environment. We pride ourselves on being Sydney’s most popular golf academy, with services delivered by highly trained and experienced Australian coaches. Our aim is to deliver great learning experiences which in turn encourages our participants to forge a lifelong love affair with the game of golf through confident and enjoyable golf. 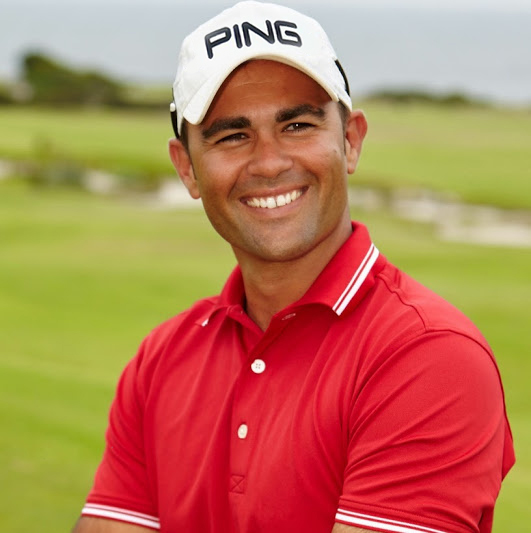 Bobby is fast earning a reputation as one of the best and most innovative/forward-thinking coaches in Sydney. He brings over 15 years of international experience to the SGA from his time playing professionally on the Sunshine Tour in South Africa, to his adventures studying and coaching in San Diego, Botswana, and Berlin. It was in Berlin that Bobby was fortunate enough to be mentored by an industry great in Simon Holmes, who has coached Major winners and golfing legends such as Seve Ballesteros, Nick Faldo, Ernie Els, Bernhard Langer and many more. Following on from his time in Berlin, he was then handpicked to teach golfers at sea for five years aboard the prestigious residential ship; The World. Upon settling in Australia in 2007, Bobby has spent time as Head Professional of St Michaels Golf Club before deciding that the SGA was the perfect environment to grow the game of golf.

Bobby’s teaching philosophy is centred on feel and understanding; having encountered numerous and varied swing types and personalities, he knows that all golfers are built differently and no two think the same. His goal is to gain insight into where his students want to go with their game and where they think they are going wrong. “Teaching with the client’s point of view in mind achieves a higher absorption, retention and improvement rate”. In addition to private lessons, group classes and corporate lessons; Bobby also heads-up the SGA’s popular Women’s Programs. 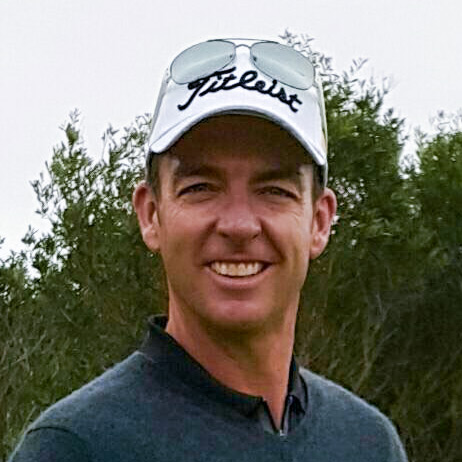 Scott has the reputation of being one of the most accomplished golf coaches in Sydney as was reflected in his past selection in Australian Golf Digest’s Top 50 Coaches in Australia. After an elite Junior and Amateur career to start his golfing journey, Scott started his PGA Professional Traineeship in 1987 and won the Australian Trainee Championship the following year. Upon graduating from the PGA in 1989, he spent the next six years as a Touring Professional playing on the Australian, Asian, Canadian and Swedish tours before retiring from the circuit to direct his focus toward golf tuition and growing the game. For more than two decades now, Scott has been accumulating extensive coaching experience both nationally as a Program Director at some of the best facilities in New South Wales and internationally whilst traveling the world and working alongside renowned professionals such as Randy Henry, Jim Mclean, Ben Doyle, Paul Hart, Lawrie Montague and his own personal mentor; Gary Barter.

With his expertise, Scott has helped numerous golfers on their path to success including Nathan Green (PGA Tour winner), Brendan Jones (prolific Japanese Tour winner), Adam Stephens (Canadian & Australian PGA Tour winner) and Michelle Ellis (Ladies Australian Amateur Champion). Scott understands that every golfer has their own style and is a believer in educating his students in the design and functionality of the golf club so they can learn how to properly apply it within the swing. He places an emphasis on the importance of a great pivot with educated hands in order for the hands, arms, and body to move in synchronisation; when all three are working together it ensures an effective angle of attack into the golf ball and a sweet strike at impact.

Axel has been a proud Moore Park local since relocating from South Korea over 15 years ago. Since completing his PGA Traineeship at Moore Park Golf Club in 2011 he has shown a great passion and dedication towards improving his coaching resume and abilities through his work at the SGA and Titleist Performance Institute (TPI).  He has a strong physical and mental resolve that was developed during his time serving in the South Korean military, which he has learned to translate over into his personal golf game and teaching style without compromising his warm and engaging personality.

Axel understands that people learn differently and have varied skill levels and expectations, this understanding has seen him develop an adaptive teaching style using a modern mix of feel, technology, and biomechanics to design coaching methods to best suit their needs. He is a strong believer in demonstration during his lessons to help his students visualise the swing or shot they’re trying to create. Outside of private lessons, Axel particularly loves teaching beginner classes, holding biomechanics body screenings, using Flightscope technology, and utilising his knowledge gained at the TPI to help students unlock their hidden powers! He is always smiling and his passion for the game of golf invariably rubs-off on the people around him. 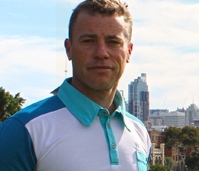 Ollie has been a massive contributor to growing the game of golf in the Sydney region since becoming a PGA member in 2003. Following stints as Head Professional of Balgowlah Golf Club and Cammeray Golf Club, Ollie moved to the SGA in 2014 where he has been instrumental in growing our junior programs through introducing thousands of kids to our great game. During this time he has developed a reputation as one of the best junior coaches in Sydney and has had the privilege of taking students to the US Kids Golf World Junior Championships in Pinehurst, USA.

In addition to his junior coaching acumen, Ollie also provides quality golf tuition to a broad range of golfers of all ages and abilities through placing an emphasis on delivering an enjoyable and educational experience. He achieves this by developing a game plan specifically suited to each student with the aim of boosting confidence and reducing frustration. His simplistic coaching style ensures that his students will only ever focus on one or two mechanical or mental processes at a time, as they master each process their scores inevitably come down and the fun aspect of playing and learning golf comes to the fore. 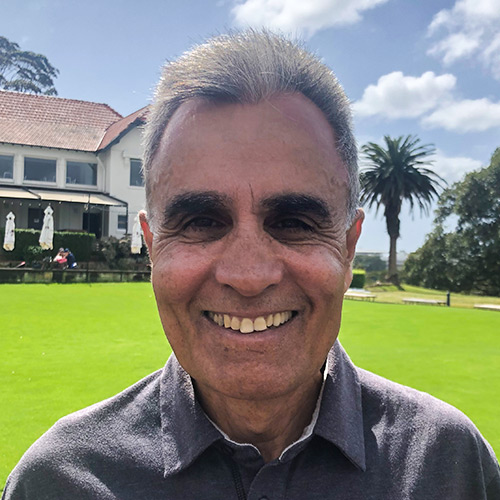 Ramon brings an absolute wealth of national and international coaching experience to the SGA. His professional golfing journey began 29 years ago with stints in England and Germany before settling at Moore Park Golf in 1996. His acquired knowledge of the game has been further boosted courtesy of tuition from some of the world’s best coaches in Rick Smith, Hank Haney, and Gary Edwin.

The golfing wisdom he has accrued throughout his career has given Ramon the ability to properly assess his student’s capabilities in order to develop the appropriate lesson plan to best suit their development. He enjoys using a feel-based coaching method the majority of the time but isn’t afraid to use technology if it is what the student requires. As one of the most experienced golf coaches in Sydney; he is perfectly equipped for any lesson structure but has particularly developed a passion for group classes and on-course lessons. His amicable personality and quality sense of humour place his clients at ease from the moment they meet him and ensure for a comfortable learning environment. 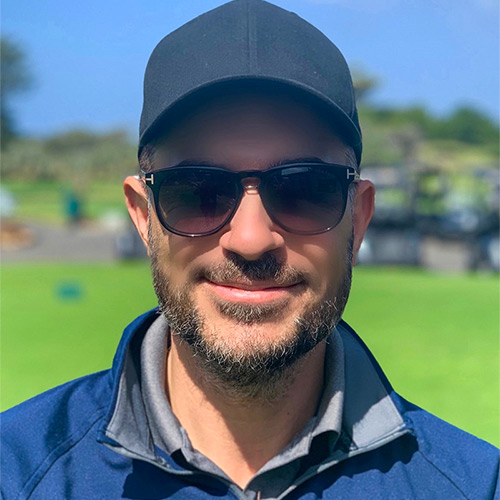 Arthur, or AK as he is affectionately known at the SGA, began working at Moore Park Golf in 2009 with the dream of one day becoming a teaching professional. After working hard on his game the opportunity eventually arose in 2011 when he was accepted into the PGA Traineeship Program. AK enjoyed plenty of success during his three years of PGA training which included four victories in trainee matches as well as topping his year in coaching. Since graduating as a PGA Professional in 2014 AK has been honing his coaching skills at the SGA whilst building an impressive reputation as one of the brightest new coaching prospects in Sydney.

He believes it is extremely important to adapt to each student’s needs, personality and physical ability, in order to properly assess the correct coaching pathway to help them swing within themselves and find their own swing. He also understands that a person’s experience in other sports can help them better understand the movement in the golf swing as much of it is relatable. If you are completely new to the game of golf AK believes the short game is the best facet of the game to start learning from – “Start from the green and work backwards”. 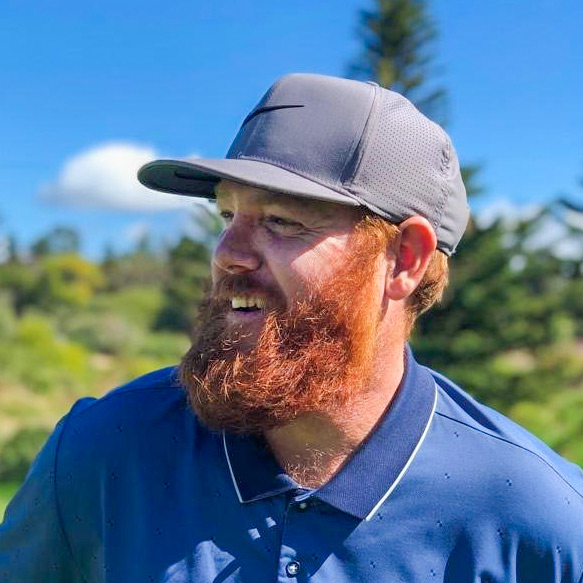 Ollie is a Sydney native who completed his PGA Traineeship in 2010 at Pymble Golf Club. Upon completion, he jetted-off to London to play on the Euro Pro Tour and Alps Tour where he gained valuable experience traveling and competing against Europe’s emerging talent. During this time he was offered the position of Assistant Teaching Professional at the Rob Watts Performance Academy at Castle Royle Golf Club. With Darren Clarke being a long-time student of Rob’s; Ollie was fortunate enough to be a member of Darren Clarke’s entourage when he won the British Open at Royal St George’s Golf Club in 2011. Since returning to Australia he has been coaching throughout the north-side of Sydney predominantly out of Gordon Golf Club whilst also taking clients on small boutique trips to some of the world’s most desired golf courses such as Pebble Beach, Royal Portrush, Sunningdale & Barnbougle etc.

As our newest SGA member having just joined the team in 2019, Ollie takes a holistic approach to coaching and likes to comprehensively educate his students in order to make the game more understandable, relatable and enjoyable. He has an inquisitive interest in the scientific side of the game and can take the analysation of the golf swing to the next level through the use of his Flightscope X3, while his relentless work ethic and devotion to providing his students with constant content ensures consistent improvement throughout their golfing journey.

Keep up with Ollie 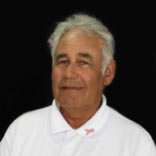 Rick has been a PGA member for over 50 years with coaching experience teaching the concept of “Easy Golf”. In this time he has introduced the game to over 140 Junior Golf Schools across the country and to this day is still known as “The King of Kids”. Rick has always made time to play Pro-Ams because it’s important for clients to see their instructor as a player as well as their mentor. During these competitions, Rick has won the 1994 Senior NSW Open, 1995 Senior Australian Open where he still holds the record for 7 under par and the 1995 West Coast Australian Masters.

“I didn’t think a few lessons would improve my game that much – I was incredibly wrong! After just a few sessions, my handicap started to drop and now I’m almost down to single figures. As soon as I started, my coach pointed out a few small things I needed to work on which I never even thought of before. I would definitely recommend the Sydney Golf Academy to anyone looking to improve their golf.”

“I started out with a few friends just to try something new and to keep active, now I’m playing almost every week. The coaching team gave me everything I needed and even helped me pick the perfect clubs for my game.”

“I didn’t think a few lessons would improve my game that much – I was incredibly wrong! After just a few sessions, my handicap started to drop and now I’m almost down to single figures. As soon as I started, my coach pointed out a few small things I needed to work on which I never even thought of before. I would definitely recommend the Sydney Golf Academy to anyone looking to improve their golf.”

“I started out with a few friends just to try something new and to keep active, now I’m playing almost every week. The coaching team gave me everything I needed and even helped me pick the perfect clubs for my game.”